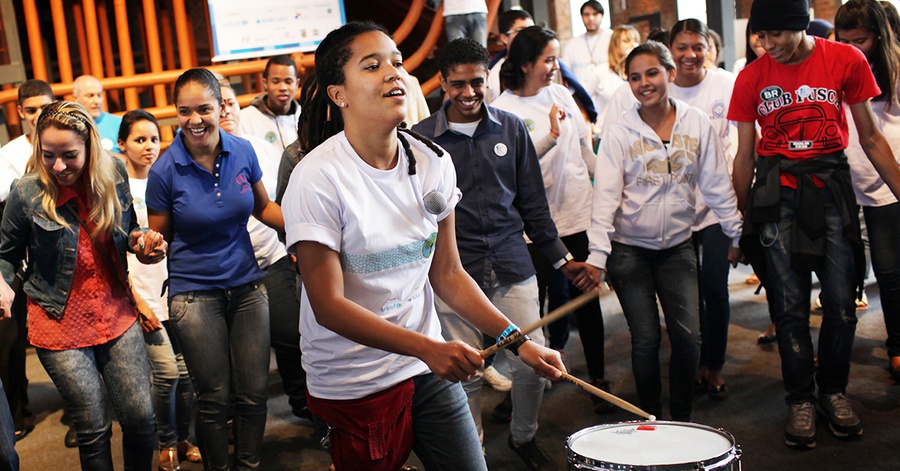 U-Report Malawi was officially co-launched together with the Ministry of Labour, Youth, Sports and Manpower Development on 28 March 2018. We began with the first 1,000 young people registered in the platform, and we are now heading to 72,000 U-Reporters with an impressive 60% polling response rate.

In order to acquire more U-Reporters, there is no better way than engaging our private sector partner in telecommunications. UNICEF Malawi has been working with Telekom Networks Malawi (TNM) to find ways to encourage young people to participate in U-Report, a platform that will enable them to share their views and report on issues that matter to them anonymously.

Through TNM Super League (also known as the Malawi Premier Division, the top football league in Malawi since 1986), we are promoting U-Report to young people in a relevant, exciting way. We see that football plays an important role in the social lives of youth in Malawi – a country where young people comprise over half the population. It has become the nation’s favorite sport and relates well to young people’s lives: full of energy, teamwork, determination, and hope. It has the power to unite young people and bring positive change to the country.

At the Super League 2018 launch, a giant banner was paraded around the soccer field with more than 20,000 spectators. Players from both teams also wore U-Report Malawi t-shirts produced by TNM for the warm-up session. At the event, the MC also encouraged the stadium’s spectators to sign up to U-Report by texting the word JOIN to 1177. Four senior players also recorded video messages, encouraging fans to join U-Report.

Further, we realized that SMS broadcast is the fastest tool to reach the most remote communities. As part of U-Report Malawi’s recruitment marketing campaign, TNM again provided in-kind support by sending the mass SMS broadcast to its 3,000,000 customers nationwide, and also reaching its 256,000 social media followers – encouraging them to join U-Report.

The solid partnership – a combination of innovations and market reach between UNICEF Malawi and TNM made this possible. We will continue pursuing more exciting collaborative engagement and are now exploring other areas of partnership, including to bring the Internet of Good Things (IoGT) to Malawi.