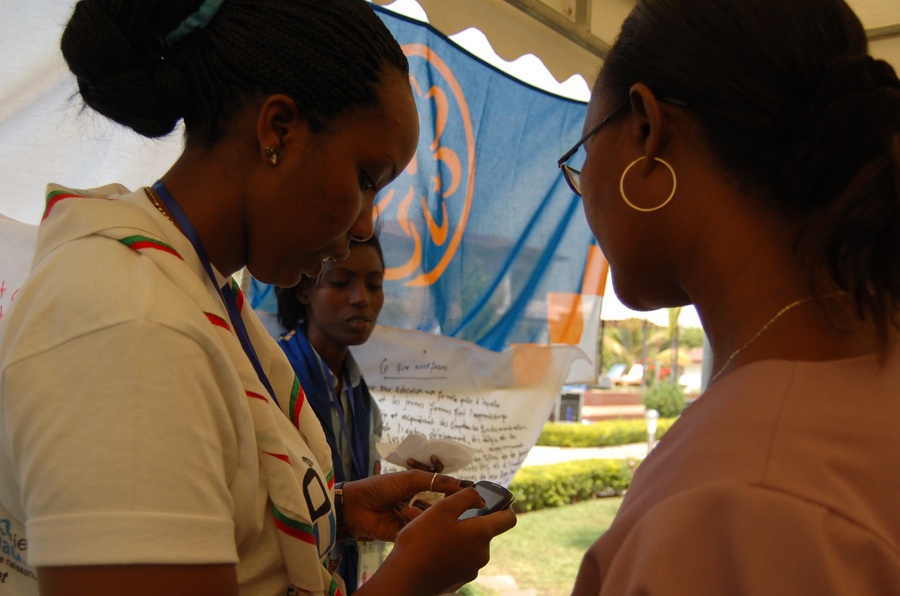 Almost half of young people in Africa said they have reconsidered having children due to climate change, according to results from a UNICEF U-Report poll of 243,512 worldwide respondents.

Globally, 2 in 5 young people said the impacts of climate change have made them reconsider their desire to start a family. This concern was highest in African regions, with the greatest percentage of young people reporting that they are reconsidering having children found in Middle East & North Africa (44%) and Sub-Saharan Africa (43%).

Youth in both regions reported having experienced a range of climate shocks and, more than other young people globally, said these shocks had impacted their access to food and water, as well as their family’s income.

“The impacts of climate change are with us now, but they are far more than floods, droughts and heatwaves. They extend to our very sense of hope,” said Paloma Escudero, head of UNICEF’s COP27 delegation. “Especially in Africa, young people are seeing the impact these shocks are having on themselves and those they love and it is changing their plans for the future. But it doesn’t have to. At COP27, world leaders must listen to this anxiety from young people and take immediate action to protect them.”

Last year, a survey published by The Lancet found 39% of the 10,000 global respondents were hesitant to have children – a similar rate as UNICEF’s U-Report poll. While UNICEF’s methodology uses a non-representative sample, the U-Report platform, with its extensive network of young people in Africa, is believed to be the first to demonstrate this attitude’s prevalence in Africa.

﻿• 2 in 5 U-Reporters mentioned they had less food to eat as a result of climate change. The highest percentage of young people reporting this impact was in Sub-Saharan Africa (52%), followed by Middle East & North Africa (31%).

﻿• 1 in 4 U-Reporters said their family’s income source was impacted by climate change. This finding was most prevalent in the Middle East & North Africa (34%), followed by Sub-Saharan Africa (32%).

﻿• 1 in 5 U-Reporters said it was becoming more difficult to get clean water. This finding was most prevalent in the Middle East & North Africa (35%), followed by East Asia & Pacific (30%).

﻿• 3 in 5 U-Reporters have considered moving to another city or country because of climate change. This was reported by as many as 70% of respondents in the Middle East & North Africa and 66% per cent in Latin America & Caribbean.

As well as pressing governments and big business to rapidly reduce emissions, UNICEF urges leaders to take immediate action to protect children from climate devastation by adapting the critical social services they rely on. Adaptation measures, like creating water systems that stand up to flooding and drought, will save lives.

Last year, developed countries agreed to double support for adaptation to $40 billion a year by 2025. At COP27, they must present a credible roadmap with clear milestones on how this will be delivered, as a step to delivering at least $300bn per year for adaptation by 2030. At least half of all climate finance should flow towards adaptation.

UNICEF also urges parties to find solutions to support those who will face climate losses and damages beyond the limits of what communities can adapt to. UNICEF is calling on governments to close the finance gap for addressing these irreversible changes for children.

“There is a lot of talk about policy decisions, but that is not what is at stake here at COP27,” said Escudero. “This survey makes it clear young people’s futures are up in the air – whether they have children, whether they leave their countries, how well they survive the dangers they face. For their sake, success at COP27 must be measured by the delivery of long-promised financing to help communities adapt and the development of solutions to respond to loss and damage.”

AT COP27, UNICEF CALLS ON ALL PARTIES TO:

2. PROTECT. Secure clear action on adaptation that protects every child from the accelerating impacts of climate change through the Global Stocktake and Global Goal on Adaptation.

4. PRIORITIZE children and youth by accelerating climate finance investment in climate-resilient social services that reach the most at-risk children, and unlock progress on loss and damage.

5. COMMIT to child-sensitive climate action by aligning with and operationalizing the Declaration on Children, Youth and Climate Action.

The U-Report poll received responses from young people in 163 countries in July and August 2022. Through the poll, young people were asked via SMS and instant messaging technology a series of questions relating to their attitudes about climate change. There were 50 countries and territories with at least 50 respondents. Countries with the most respondents include Democratic Republic of Congo, Nigeria, Cote d'Ivoire, Uganda, Angola, Burundi, Tanzania, Indonesia, Kenya, Haiti, Cameroon, Morocco, Brazil, Iraq, Ecuador. Learn more about U-Report. 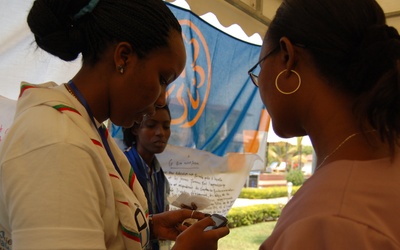 UNICEF Poll: African youth report reconsidering having children due to climate change at higher rate than youth from other regions 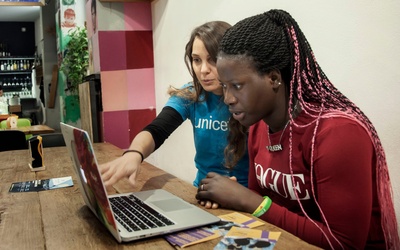 Potential unlocked: girls and young women on the move to a brighter future 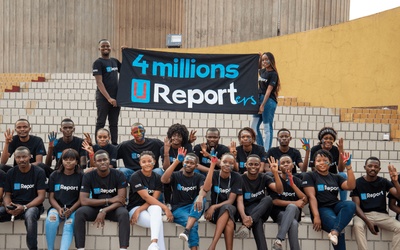