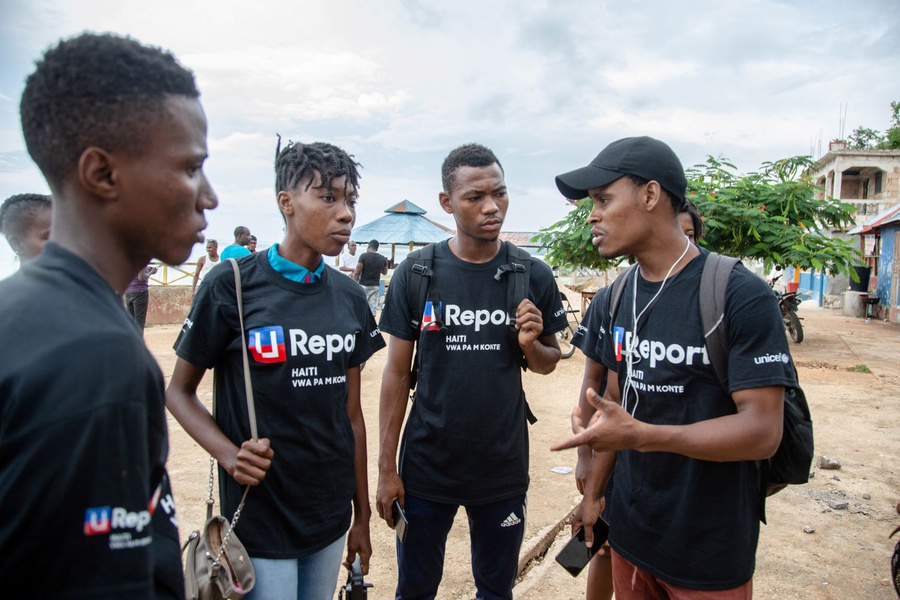 The damage done has been enormous. Almost all the inhabitants of the seaside have been rehoused in a camp in the courtyard of the Saint Joseph church. Pestel, a commune in Grand'Anse located 81 kilometers from the town of Les Cayes, with an area of 261 square kilometers and a population of 90,000 inhabitants, according to data provided by the commune's town hall, was devastated by the earthquake of August 14th, 2021.

The earthquake hit everyone in Pestel. Wadlet Merant is secretary of the U-Report club in Pestel. When the earth started shaking, he was not at home. It was total panic, he says. "It was a terrible thing. It was like the end of the world. It was the worst time I've had in Pestel in my life," he said.

Merant's house was damaged. However, as a community leader, he did not allow himself to be discouraged. He came to the rescue of the people in his commune. "Immediately after the earthquake, I went into my house to get one thing: my U-Report t-shirt. I took it and went out to help the people. I was accompanied by the president, Charnel Bernard, and other members of the U-Report club. In fact, we were together on the ground to pull people out of the rubble," explains the 24-year-old man.

After their first action, in order to continue helping the population, they took other initiatives. Indeed, they carried out a fundraising campaign via social networks, including Facebook, in order to find money for the acquisition of water boxes to distribute to the victims of the disaster. They went as far as Miragoâne in the Nippes department to get water to help their fellow citizens.  The transport was done by sea. All this was done with the support of civil protection, NGOs, and members of the private business sector.